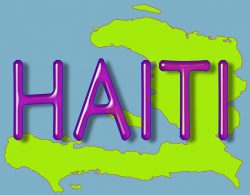 Summer 2017: Hundreds of Haitian refugees arrived in Upstate New York to enter Canada illegally. They fear deportation from the United States: they passed through Roxham Road.

Many of these refugees have settled in Montreal. As reported today by the CBC 1 , it is from this group that several attendants and orderlies are recruited for care centres for the elderly. Spring 2020 : Three years after their arrival in Canada, in addition to seeing the majority of their asylum applications refused, these people are at the heart of the hot spots in the spread of the coronavirus. Not to mention the fact that many of them are infected. The Concertation haïtienne pour les migrant.es (Haitian group for the migrants) is asking the Canadian and Quebec premiers to implement a special immigration program for these “guardian angels”.

Meanwhile, the 46,000 Haitian refugees still in the United States can have their temporary protection status cancelled by the Trump administration (the case is before the courts). COVID-19 has increased the pressure on refugees and asylum seekers. Not only are the borders closed, but U.S. officials are organizing flights for migrants and asylum seekers without even checking their medical conditions beforehand. On May 6th, Doctors without Borders stated: “Despite the risk of contagion and the implications for people’s health, the United States has continued to organize flights to deport migrants and asylum seekers.2

However, Haiti is currently going through an extremely difficult period in terms of health because of the pandemic, which poses a serious threat to the health of the world’s population. While the Dominican Republic has become the 4th most affected country in Latin America by the coronavirus (8800 cases and 360 deaths), the Haitian authorities are announcing 108 cases and 12 deaths: the Minister of Public Health believes that “not all cases were reported, mainly due to the current social and health conditions”.3

Finally, for many Haitians, this disease remains something superfluous or even propaganda because the state authorities are not transparent, and some come to believe that there are no cases of coronavirus in Haiti, claiming that the government just wants help from the international community to continue squandering funds intended to fight the spread of Covid-19 in Haiti.

To say the least, for the Haitian people and their diaspora, the situation is far from easy.

3 The Haitians think Covid-19 is a “political thing”.

This website uses cookies to improve your experience while you navigate through the website. Out of these, the cookies that are categorized as necessary are stored on your browser as they are essential for the working of basic functionalities of the website. We also use third-party cookies that help us analyze and understand how you use this website. These cookies will be stored in your browser only with your consent. You also have the option to opt-out of these cookies. But opting out of some of these cookies may affect your browsing experience.
Necessary Always Enabled
Necessary cookies are absolutely essential for the website to function properly. This category only includes cookies that ensures basic functionalities and security features of the website. These cookies do not store any personal information.
Non-necessary
Any cookies that may not be particularly necessary for the website to function and is used specifically to collect user personal data via analytics, ads, other embedded contents are termed as non-necessary cookies. It is mandatory to procure user consent prior to running these cookies on your website.
SAVE & ACCEPT